When you fall off the blogging horse there is nothing left to do but get back on it.

So…. meet Leia, our new puppy. I know have an overflowing inbox of awesome to sort through and post, but most recently my days, my nights, and occasionally my dreams have been occupied by this adorable, curious, trouble-making bundle of furry barks: 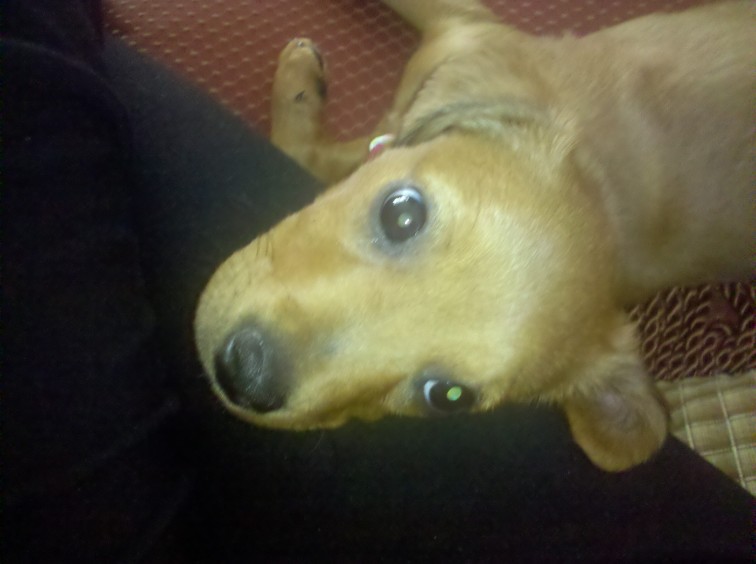 Now let me preface this by saying that, until two weeks ago, I never owned a pet. Until two weeks ago, the only living thing I’d been responsible for was a Pothos plant named Spot. I’ll skip the tragedy and just say that Spot was repossessed by my brother for neglect and eventually died despite drip system life support. So, to say I was nervous about getting a dog would be a gross understatement. Oh yes, all girls want a puppy, especially when they reach a certain age, but no girl wants to house-break one or come home to a chewed up DVD collection. When Michael and I initially talked about getting a dog the conversation went something like this:

Michael: Puppies are a lot of work.

Michael: Why don’t we adopt a nice older dog?

He finally talked me around to adopting a shelter dog around Christmas. All parties were happy.

Then, two weeks ago we got a text from Liz, our awesome friend who works at a vet clinic in Rosamond. Hey, She said, I know you guys are looking for a dog… and there was a picture of Leia. Our hearts melted.

One day and one insane Petco bill later, I brought her home. She licked my face, was wary of the cute little pink bed I bought her, and LOVED her squeaky stuffed dragon. She figured out fetch in two seconds flat. 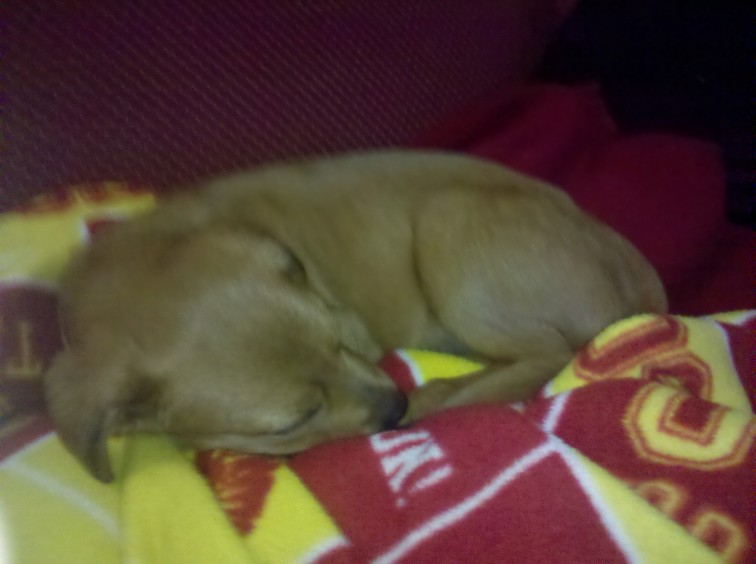 For the first few hours I eyed her back end nervously and followed her around with a bottle of stain remover until she pooped in front of the entertainment center and I got over my fear of cleaning up doggy messes.

She wouldn’t sleep in her kennel, but has made her bed firmly at the foot of our bed on a pile of throw pillows (so that’s what those things are for!). She’s a huge USC fan (see the picture above) and, like most USC students, is a little too smart for her own good. She loves treats and can be bribed to do almost anything. She’s is learning to go on her AstroTurf square, which is a substitute until we get her her last round of shots and she can go outside. She loves anything that squeaks, crinkles, or crunches and my dad and brother warmed right up to her when they visited this weekend.

Although I wasn’t quite prepared to get a puppy, she’s been a huge blessing and I don’t know what I’d do if I didn’t have something jumping at my leg to try and lick my face when I got home. 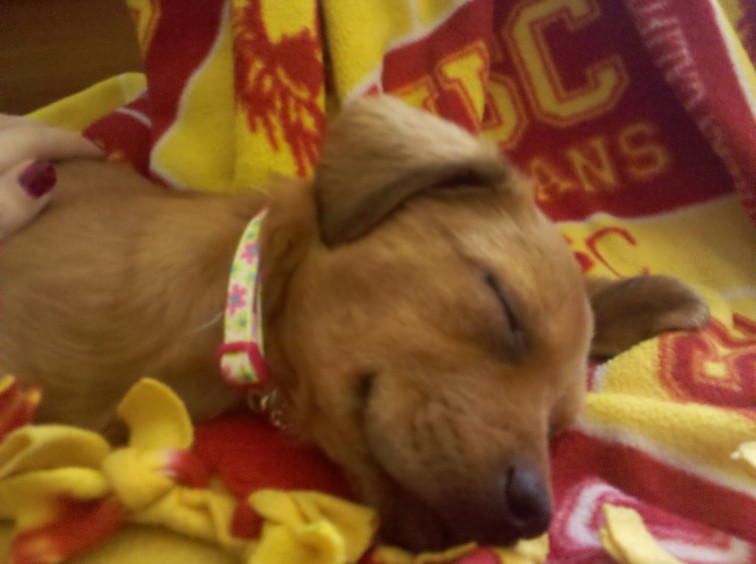 Passed out on my lap– she’s cutest when she’s asleep. 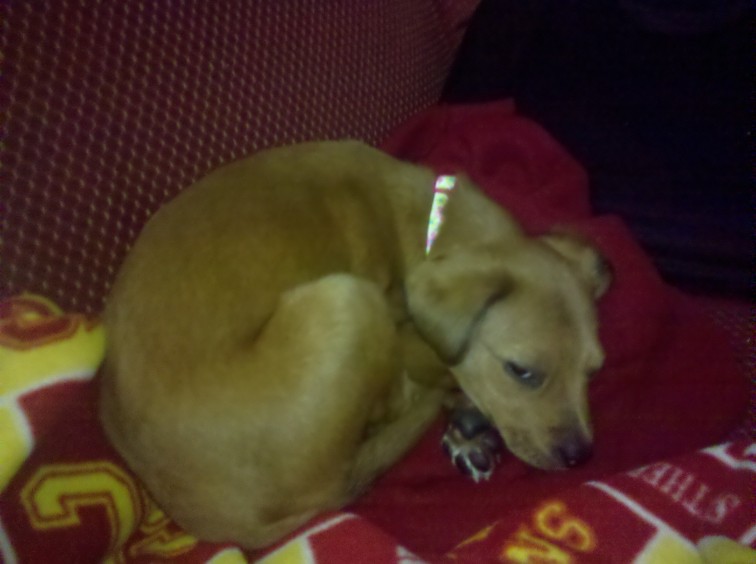 Lazy dog does not like to be woken up. She had a Sheldon spot on the left end of the couch. If someone is sitting there when she wants to nap she comes and sits in front of me until I tell them to move. 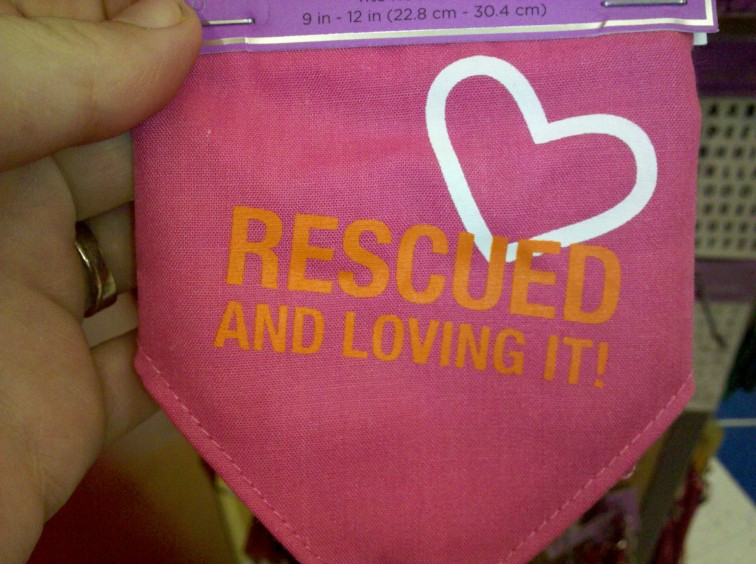 ‘Cause she is and we hope she does.